Dealing with globalization in government

How can social democratic parties in government deal  with the consequences of globalization?

This is an excerpt from the Policy Network book The crisis of globalization, published by IB Tauris, an imprint of Bloomsbury.

Social democracy emerged and became established in Europe during the 1950s and 1960s as a compromise between capitalism and the market. Workers accepted capitalism and the market system on the basis that the state should play an important role as a redistributive agent. This is how modern welfare states were born and strengthened in the years and decades following World War II, and social democracy enjoyed its golden age in this period. In the 1970s and 1980s, a conservative offensive began. Increasingly, many of neo-liberalism’s precepts became more acceptable to social democrats, who found themselves on the defensive particularly after 1989 following the fall of communist regimes. As the leftist intellectual Karl Polanyi (1944) has written, ‘Capitalism is governed by a double movement – a push for the liberalization of markets and a contrary pull in favour of regulating them in the interest of the social majority’. Since the 1980s, however, the pendulum has swung in favour of free markets which, fuelled by new technologies, launched rapid expansion and transformed the system into the global financial capitalism that currently prevails.

Around the same time, socialist and social democratic governments began to accommodate the ideas of the neoliberal paradigm, partly due to the exhaustion of Keynesian style policies that no longer met their desired objectives. The inherent goal of social democracy, which used to be the protection and advancement of the working class, was put aside, and priority was given to the regulation and control of capitalism for its own survival, especially after the fall of the Berlin Wall. All of this resulted in a progressive weakening of the ideological postulates of social democracy.

The only serious attempt to redefine and modernize social democratic principles was the socalled Third Way, which emerged in the mid1990s when social democracy was facing a challenging moment, both historically and politically. The centre left’s capacity to adapt to globalization and to offer a robust alternative to neoliberal supremacy was being seriously questioned. The Third Way, led by Tony Blair and Gerhard Schroeder, claimed not only to be an alternative to the dominant paradigm of neoliberalism, but also to present something that was different to the old postwar socialism characterized by hierarchical state control of the key resources of the economy.

The Third Way willingly accepted the domination of markets and private property as the engines of innovation and wealth creation, although it did seek to temper its most harmful and unjust effects. Social democrats were criticized for being more concerned with maintaining the size and power of the state than with producing effective policies that addressed the stark problems for people arising from globalization. They argued in favour of the restructuring of public administration, giving enormous importance to the issue of efficiency, cost reduction and individual choice. Under these premises the privatization of public services, originally initiated by Conservative governments, was taken further by social democratic governments with the aim of reducing costs.

The greatest shortcoming of the theoretical writings and political programmes inspired by the Third Way relates to the implications for inequality and social justice. Although there was concern about rates of poverty and social exclusion, equality ceased to be a goal in itself, and few concrete solutions were found to address the problem of rising economic inequality. By placing so much emphasis on improvements in competitiveness and efficiency, the proponents of the Third Way ended up reducing the values of the left to mere principles of technocratic management, to the point where they became scarcely differentiated from neoliberal ideology. Thus, the Third Way failed in its attempt to transform and modernize social democracy, and to impose itself globally as the new way forward for the left. Even if we acknowledge certain positive elements in the theoretical content of Third Way thinking, in practical terms the policies that were executed by its main proponents were perceived by many as merely a moderate form of neo liberalism, and did not appear to question or dispute some of the most harmful liberal tendencies, such as financial deregulation which led directly to the great economic crisis that unfolded in 2008 and which

The bankruptcy of the American investment bank, Lehman Brothers, in September of 2008 set off one of the biggest economic crises since the Great Depression. The severity of the crisis has revealed the weaknesses of an immensely unstable process of economic and financial globalization. As Wolfgang Streeck contends, the bursting of the real estate bubble which caused the collapse of Lehman Brothers was nothing more than, ‘a manifestation of a basic underlying tension in the politicaleconomic configuration of advancedcapitalist societies; a tension which makes disequilibrium and instability the rule rather than the exception’. The deregulation and liberalization of financial markets accelerated their integration and dominance over more productive forms of capitalism. This has reduced the stability of the international economic system and increased the frequency of financial crises.

In the context of globalization and neoliberal domination, the 2008 financial crash led to a severe economic crisis which had huge repercussions for the productive sectors, for workers and companies, and for labour markets. Perhaps most dangerous is the profound delegitimization of democratic politics which has occurred since then, due to the incapacity and the unwillingness of institutions to adopt measures which respond to the general interest of the public in the face of pressure from speculators and unfettered markets. Increasingly, markets are not only exempt from the regulation and control of public authorities, but in their attempt to maximize benefits without incurring risks, advocates of free markets try to dictate and impose – through false interests and subtle forms of power – measures of liberalization and continuous adjustment that obstruct the recovery of the productive economy, and make it impossible to maintain the welfare and social protection policies which are such a characteristic feature of social democracy.

However, the Great Recession has shattered many of the fallacies of neoliberal thought, such as the supposed efficiency of financial markets based on selfregulation, or the belief that economic cycles are a thing of the past. Markets can generate economic growth and wealth but without adequate control and regulation they become unstable and produce bubbles, in the financial sector, in real estate, with raw materials, and so on, that can burst causing crises, the consequences of which are enormously damaging. Along with the growth of the financial sector, the other side of the evolution of capitalism manifests itself in the model of economic and social growth that has been driven forward by the neoliberal paradigm in Western economies, particularly in the United States. Since the beginning of the 1970s, practically the entire Western world has seen a discrepancy between improvements in productivity and wage increases, which suggests that income and wealth are increasingly concentrated in the hands of a few, while workers have witnessed their salary levels stagnate for decades. Some economists, most notably Thomas Piketty, have depicted this situation of an unprecedented rise in inequality as inherent to the capitalist system.

In addition, it has been shown that GDP growth is not enough to guarantee equitable and lasting progress. The predatory energy and resourceintensive growth model, that arises in the light of the deregulatory forces of the market is neither efficient, nor sustainable in the medium term. It produces harmful side effects, such as climate change, which need to be urgently addressed.

Yet despite the apparent failure of neoliberalism and the detrimental effects of the crisis on large sections of the population, socialist and social democratic parties have been unable to stem their electoral decline. What is more, in many countries it was mostly social democratic parties that were punished for the ostensible failures of the prevailing model, at least in an electoral sense, often losing votes to populist political offerings of the left and right.

In retrospect, it seems clear that in the early 1990s, social democracy put too much emphasis on the benefits of the form of globalization that was emerging at that time, which was believed to increase growth, wealth and overall prosperity in the world. Social democrats didn’t spot, or at least underestimated, the negative impacts of globalization on a wide segment of society. They could not even imagine, let alone warn of, the instability and risks that it entailed, and that eventually led to the 2008 crisis.

The reality of globalization, unfortunately, turned out to be much more problematic. Global financial capitalism has become significantly more aggressive in the last three decades, and the ‘losers’ of globalization are far greater in number than originally envisaged. Among those losers are the longterm unemployed in developed countries (those who will not find a job again because their skills have become obsolete), young people – including graduates – who cannot find skilled work, those who have lagged behind in the digital revolution, and the workers whose employment sectors have disappeared. The efforts to update the wornout KeynesBeveridge model to protect and promote social protection were too accommodating to the neoliberal system, and did not offer any real alternative. In the absence of a differentiated political project, social democracy offered merely palliatives that did not challenge the foundations of the prevailing economic orthodoxy. 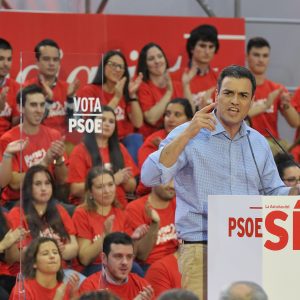 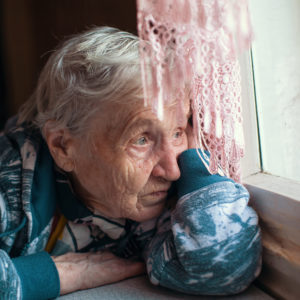