Will Løkke Rasmussen do a ‘Cameron’?

Last week’s Brexit vote means Denmark loses a vital strategic partner. Danish politics is likely to be highly influenced by the discussion on Europe for a long time. The populist right and the far left are dominating the debate, while the center left and the center right is becoming increasingly Eurosceptic.

Denmark joined the EEC together with the UK in 1973. In the campaign leading up to the referendum in 1972 the fact that the UK was about to join was one of the key arguments for the yes campaign. Not being part of the founding club, Danish Euro-politics has always been driven by a non-federalist pragmatic approach. And since 1993 Denmark has been a member with profound opt-outs (in areas of justice and policing, defence and the euro). In 2000 a referendum confirmed the Danish non-membership of the euro. And in 2015 a referendum confirmed the Danish opt-out on justice and policing.

It has been a critical strategic interest for Danish governments over time to keep the core of the union open to newcomers and to minimise the institutional importance of the core vis-a-vis countries in the periphery. In this process Denmark and the UK have shared common interests. Also on issues of environmental protection and a more effective EU-bureaucracy interests have been mutual. Consequently David Cameron’s waning influence in recent years and his confrontational style has been of great concern in Denmark.

Following Brexit, the political consequences of the Danish opt-outs are likely to be more transparent and restrictive in terms of influence.

The enlargement led to a substantial migration of labour from the new member states. Mostly from Poland and the Baltic countries. The Danish economy benefitted and still benefits enormously from this inflow of labour. Unemployment is around 4.5 per cent. It has, however, created tensions between low-skilled Danish workers and migrants. And, as is the case in the UK, there has been a heated debate on the welfare cost flowing from immigrants’ access to child benefits, sick leave and pensions etc.

Prior to the election in 2015 the center-right opposition more or less promised to “fix” the problem. After election night the new center-right government had to acknowledge that it could not do it alone. David Cameron’s deal in February, giving the UK rights to curb EU-migrants access to welfare programs, came in handily for Denmark. It was largely assumed that Denmark, after a positive outcome of the UK-referendum, would be able to negotiate a similar deal. Now the Danish strategy has to be rebooted – but without the UK as the big ally. This will undoubtedly energise the Eurosceptics.

Danish governments are almost always coalitions, but after the election in June 2015 the designated prime minister, Lars Løkke Rasmussen, decided to form a historical small and weak government. As Rasmussen’s liberal party (Venstre) lost more than a fifth of its vote, his government is heavily reliant on the elections big winner, the Danish People’s party (DPP), which, for the first time is the biggest party on the right.

The DPP is a nationalist populist rightwing party with tough positions on anti-immigraton and a deeply Eurosceptic platform.

In the run up to the UK referendum the DPPs was ambivalent on what to cheer for. At some point DPP’s leading member of the European parliament wished for remain as Denmark needed the UK inside. At some other point the foreign policy spokesperson was jubilant with the prospect of Brexit.

After the referendum the DPPs position is that Denmark must support the UK in getting a new arrangement – more than the Norway model but clearly less than full membership. When this deal is reached they want Denmark to join this model. And they want a referendum to decide.

Prime Minister Lars Løkke Rasmussen has so far called off any prospects of a Danish referendum. So has the leader of the Social Democratic party (SDP) Mette Frederiksen. But both leaders hit a lower key in the European debate than their predecessors. And they are commonly eager to stress that the European integration process should not go any further.

On the far left, Enhedslisten, argues for a new Danish association with the EU – or a completely reformed EU.

The issue of a Danxit referendum is going to be part of Danish politics for the years to come.

On the short-term focus is on the fall. Rasmussen is struggling with poor poll ratings and hardly needs more troubles with his most important partners in the parliament. He is under a huge pressure to land a comprehensive economic reform package – including tax reform. And he desperately needs a bargaining chip on the table for the DPP.

A governmental task-force is being setup to analyse Brexit’s technical implications for Denmark.

Even though there is a strong tradition of Euroscepticism in Danish politics and in the electorate, most Danes tend to support EU membership. The most recent poll showed a majority of 57 percent for membership and only 27 percent for leave. 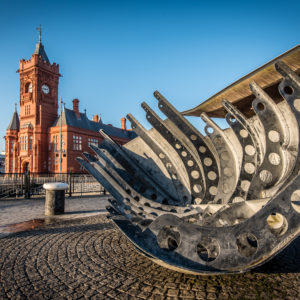 Essays
Progressive Futures
Who are the Welsh progressives?
Craig Johnson

Blogs
Britain and Europe
Europe 2.0? The EU after the British referendum
Renaud Thillaye