The fall and rise of the experts

Particularly when faced with a new and rapidly evolving situation, having experts round the table does not necessarily provide a single, impartial viewpoint and political figures still need to make judgement calls

A year ago, it would have been hard to predict that Chris Whitty, the Chief Medical Officer and Sir Patrick Vallance, the Chief Scientific Officer would now be household names. At the end of April, polling data from Opinium showed that nearly two thirds of the public trusted the information provided by Chris Whitty with only 11% doubting it, compared to 43% trusting the Health Secretary Matt Hancock and 27% distrusting him. Even as confidence in the government’s handling of coronavirus began to dip from its initial high levels (by June only 32% trusted Hancock), Whitty’s ratings continued at the same high level. In a measure of how the national conversation around experts has changed, one of the most memorable quotes that came out of the EU referendum campaign (a mere four years ago) was “I think the people of this country have had enough of experts”. Yet the politician who uttered those words – Michael Gove – gave a speech on 1st July calling for those in government who are experts in a particular subject to be rewarded for deepening their expertise.

Gove’s speech sets out a vision of a reformed civil services that neatly dovetails with many of the ideas of his former adviser, Dominic Cummings (who of course, has since been promoted to be the Prime Minister’s right-hand man). Gove wants to see a greater reliance on the use of data to measure all government projects on their effectiveness. He is critical of the civil servants’ tendency towards “groupthink”. This is a product, he believes, of recruitment from too narrow a demographic, but also of a failure to train those with social science or humanities backgrounds in more rigorous scientific and mathematical methods. He wants to see a greater boldness in trying different ways of doing things and not being afraid to fail (so long as lessons are learned). And, as outlined above – he wants more experts. All this, he believes, will contribute to a government which is better at making more analytical and accurate decisions and which will therefore be more responsive and more efficient at delivering what people really need.

This is not the first administration to set out an ambitious programme to reform the machinery of government, but the COVID crisis has placed a particular premium on competence and effectiveness. At the same time, this crisis has rehabilitated experts in the view of many in the general public, and has highlighted the value of scientific training. Arguably these circumstances could not be more favourable for this kind of reform. Yet the crisis has also demonstrated that there are significant barriers to establishing a more technocratic form of government, and has highlighted some of the dangers.

Both Gove and Cummings have drawn attention to the need for greater expertise in maths and science, and throughout most of the COVID crisis, the government has claimed to be ‘following the science’. But the scientists rarely speak with one voice. During the crucial weeks in March when cases of coronavirus in the UK were rapidly rising, there were differing views within the advisory SAGE Committee on whether the UK should impose a lockdown or whether COVID should be treated like the flu and be allowed to sweep through the population. On March 13th Patrick Vallance advanced the theory of “herd immunity” on national TV (which later became widely discredited). Even after the publication on March 16th of a new and devastating report from the Imperial College team led by Professor Neil Ferguson which warned that without a lockdown the NHS would become overwhelmed with cases, and deaths could reach 250,000, it seems that SAGE hesitated. Eventually it appears that Dominic Cummings was instrumental in making the final decision to impose a full lockdown.

So, particularly when faced with a new and rapidly evolving situation, having experts round the table does not necessarily provide a single, impartial viewpoint and political figures will still need to make judgement calls.

One reason cited for the delay in lockdown was the fear of ‘behavioural fatigue’ which would lead to people breaking lockdown rules if they were imposed too early. This was a concept which experts, including Chris Whitty referred to, but which the Behavioural Scientists on the SAGE Committee denied any knowledge of. There is some speculation that David Cameron’s ‘Nudge Unit’ (i.e. the Behavioural Insights Unit) came up with the idea, but whatever its origins it chimed well with the libertarian instincts of a Tory leadership that dislikes directly imposing rules on the public, and may well have found favour as a result. Where expert opinion differs, it is often hard for politicians to separate their ideological leanings from objective decision-making.

Meanwhile, a key part of Gove’s reforms involve undertaking rigorous analysis to determine whether policies have been effective or not. But the government’s re-opening programme has proceeded without any pause to evaluate the impact of each phase on cases; the trend of cases  in America suggests that it takes around four weeks after a re-opening event for a significant rise in positive tests to be evident. Patrick Vallance was sufficiently worried about the latest government announcement encouraging people back into work, that he told MPs that he could see “absolutely no reason” to change official government advice on working at home if possible.

Clearly, the government has moved to prioritise the risks to the economy over the risks of increasing infections – and politicians should be able to switch between priorities in response to quickly changing situations or public demand. But this raises the problem that is inherent in carrying out any evaluation of a policy – what do you choose to measure? Inevitably this is a subjective decision; a left-leaning government might judge a policy successful because they looked at its impact on inequality, while a right-leaning government might see the same policy as a failure because it failed to increase overall economic growth. With COVID, it seems that the government’s key performance measure is no longer about the number of cases, but is instead focused on the health of the economy. This leads to a very different set of policy decisions and outcomes.

Despite its vision of an impartial, analytical model of government, the UK’s COVID experience has demonstrated some of the difficulties of this in practise. Experts do not agree, and politicians must make judgements (that can easily be influenced by ideology) on which course of action to take and what to prioritise.

On the positive side, the coronavirus crisis has led to voters being more concerned about the competence of their elected government rather than whether they feel that they share the same values. This is particularly obvious in America where Donald Trump’s polling numbers have fallen in response to his mishandling of COVID.  Dominic Cummings is particularly keen on government funding for blue-sky research, and a greater public appreciation of the value of science and of scientists can only help this agenda, particularly if the vaccine being developed by the University of Oxford lives up to its promise.

But there is also a significant danger in that a government that claims that its policies are driven by independent, expert advice and rigorous mathematical analysis, gives itself someone else to blame if those policies turn out to be a mistake. This can be a fall-back even when politicians’ subjective judgements and choice of priorities have played a decisive role in making policy, as has happened in the COVID crisis. This seems to be benefitting the government at the moment. Despite having some of the highest rates of coronavirus deaths in Europe, and with more people disapproving than approving of the UK government’s handling of the crisis, polling numbers nevertheless suggest that a reasonably significant part of the public is inclined to give the government the benefit of the doubt, at least for now.

There is huge scope for the delivery of more efficient and targeted services by central government, and for the public sector to make better use of its own data and to use analytical techniques that are commonplace in the private sector. The fact that these reforms have been proposed by Michael Gove do not mean that they cannot usefully be re-purposed to deliver more progressive outcomes. However, this must be accompanied by an understanding that politicians are ultimately responsible for government decisions, whether or not they were recommended by experts, or are the result of complex data modelling. Politicians always have the final say, and in the end, they must bear the final responsibility.

Authors
Christabel Cooper
Author
Christabel Cooper is a professional data analyst and a Labour councillor in the London Borough of Hammersmith & Fulham, where she is responsible for looking after Business Insight within the council.
More from Policy Network

Blogs
Aftershock
The fall and rise of the experts
Christabel Cooper 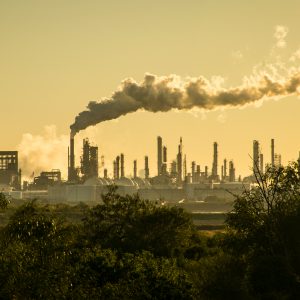 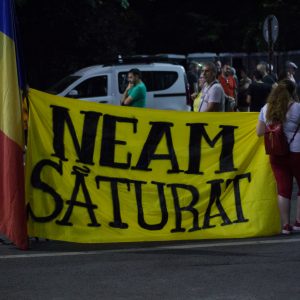