One year on: Germany’s far right

A years since the general election in Germany, what are the polls telling us about the rise of the far right?

There has been criticism about how some sections of the media reported the Swedish election, in which the nationalist party, the Sweden Democrats, won nearly 18% of the vote, up from 12.9%.  It is argued that over-reporting of right wing gains over-estimate problems and exaggerate the power of the populist parties.

Similar criticisms have been raised in the past about the reporting of the rise of the right wing populist the Alternative for Germany (AfD) in Germany, particularly when reports have linked the party’s rise to the rise of Nazism in the 1930s.

So when we look at the polls in Germany, what are we to make of them?

One year after the September 2017 general election, national polls in Germany  show a splintering in the vote share.  The 40% traditionally won by both the CDU/CSU and the SPD is a distant memory.

The Greens have also experienced a surge in support recently, to around 15%. One of its new leaders, Robert Habeck, has declared the party’s intention to overtake the SPD as the strongest party on the left of the political spectrum.  The Liberals (FDP) and the Left party votes are holding steady at around 9 -10%.

It must also be seen in the context of what is happening throughout Europe, including in the UK, rather than isolating the German experience  to write a  ‘history repeating itself’ narrative.

And yet, when the CDU/CSU Union is straining over the issue of immigration, as it did over the summer; when the once-mighty SPD struggles along at under 20%;  when there are Nazi salutes and chants, and mob attacks on foreigners on the streets of Chemnitz and  Köthen, it’s time to worry.   Especially if you live in the east of the country.

In the five eastern states, polls consistently show much stronger support  for AfD,  and even lower support for the SPD, than the national polls.   For example, a poll published by Infratest Dimap on  6th September put the AfD in top place in east Germany with 27% of the vote share . The CDU came second with 23%, the Left party in third place with 18% and the SPD in fourth place with 15%.

This poll is not an aberration. Other polls have consistently put the AfD as strong challengers to the CDU in eastern Germany.   In the election last year,  the party came second,  winning nearly 22% of the vote in the east (with the SPD in  fourth place, with just under 14%) , coming first in the state of Saxony.

There is, of course, strong opposition in Germany to the rise of the AfD and to the anti-foreigner violence, both nationally and in the east. Many easterners are concerned to show the open, democratic east rather than the anti-foreigner narrative that is being widely reported.  Counter-demonstrations and social media campaigns have begun, with, for example, the hashtag  #theothereast trending.

Moreover, it would be a mistake to equate all AfD voters with Nazis.  The unrest in some eastern towns has been hijacked by extremist elements.  AfD voters are part of a European trend  that reflects a crisis of faith in the political establishment. The AfD gained nearly one and a half million voters who had never voted before last September, and a report by the Hans-Böckler Foundation has described a pervasive fear of social decline among AfD voters from across all social classes.

But the rise of the AfD is arguably, as some commentators have pointed out, a test of democracy in Germany.   Many worry that the party is anti-constitutional.  Politicians have called for it to be subject to surveillance by the security agency, the head of which is already embroiled in a controversy for allegedly having too close a relationship with the party.  There are fears that the AfD is becoming increasingly radical and that the internal power struggle within the party will result in an extremist victory which could challenge the stability of this successful post-war democracy.   In a debate in the Bundestag on 12th September, Martin Schulz, the SPD’s candidate for Chancellor in the 2017 election, made an impassioned and widely reported speech in which he likened the methods and rhetoric  of the AfD to those of fascism.  “It is time,” he said, “for democrats in this country to stand up and defend democracy.”

While some applauded Schulz’s fighting talk, others were concerned that some of his comments could only further alienate AfD supporters, when the aim should be to bring them back into the fold.  A year after the last federal election, there is still little political consensus in Germany as to the most effective response to the rise in support for the AfD.

Authors
Penny Bochum
Author
Penny Bochum is a researcher working in Berlin and London. She has worked for Labour MPs and the SPD Bundestagsfraktion. She contributed to the Policy Network's Can Labour Win? with Patrick Diamond and Giles Radice.
More from Policy Network 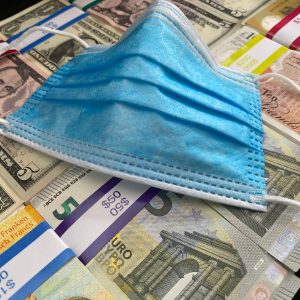 Blogs
Progressive Futures
The European pillar of social rights: a step-change for the EU?
Paul Copeland