Could Catalonia’s growing nationalist movement lead to a permanent split?

Spain arguably faces the most active separatist challenge in Europe

In an era of increased international interdependence, nationalism has paradoxically been on the rise across Europe. Catalonia is one of the most obvious examples, and its new regional government is actively embarking on a process to ‘disconnect’ Catalonia from the Spanish state and achieve independence within 18 months. While Catalan nationalism is far from a new phenomenon and is a movement that can trace its origins back centuries, its rise over the last decade means that Spain now arguably faces the most active separatist challenge in Europe.

The term ‘nationalism’ in Catalonia has historically encompassed both separatism – a desire to break away and form a new independent state – and more moderate movements that have sought to increase self-governance and the recognition of Catalonia as a ‘nation’. Separatism has been a minority, while the more pragmatic version of nationalism – led by the Convergence and Union party (CiU) – was able to govern Catalonia for 28  of its 35 years of autonomous government, while successfully trading its support for both centre-right and centre-left minority governments in exchange for increased autonomy. In 2006, according to the Catalan government’s own survey, only 14 per cent of Catalans backed independence, with 33 per cent supporting a ‘state within a federal Spain’, 38 per cent the status quo as an ‘autonomous community’, and 8 per cent a lower status as a ‘region’. But by late 2015, this had swelled up to 40 per cent – compared to around 25 per cent in the Basque Country, a region where nationalism has historically been stronger, and most violent at its extremes.

This conversion of so many moderate nationalists to the cause of separatism has a range of interrelated causes, not all of which have purely domestic roots. It cannot be disentangled from the financial crisis and the resulting mistrust of existing political elites. In Catalonia, this dissatisfaction has to a large degree been directed at the central government, and the decline in living standards has dampened the ‘risk’ factor that might have otherwise held back nationalism; if voters feel like they have less to lose, independence no longer feels like such a risky option. Many of these voters – as in the case of the Scottish National party – are not traditional nationalists that argue for independence for its own sake, but rather ‘instrumental’ nationalists in that they see independence as the only way to achieve particular policy goals.

The perception that Catalonia – a wealthy region – does not get its fair share has also led to an increased sense of grievance. But political factors have also been key, notably the 2010 constitutional court ruling which struck down many aspects of Catalonia’s 2006 ‘statute of autonomy’ (or regional constitution). Many Catalans interpreted this as an act of aggression by Spanish institutions against Catalan autonomy, and begun to believe that increased self-governance was no longer possible within the Spanish framework. Notably, this ended up including CiU, and unsuccessful pursuit of a ‘fiscal pact’ with more financial autonomy was a key driver behind that party’s conversion to separatism in 2012. While it has been argued that this Damascene conversion to separatism was merely an attempt to deflect attention from an increasingly unpopular regional government increasingly embroiled in corruption scandals, it was nevertheless a key turning point for Catalan nationalism, as was the party’s ability to bring its traditionally middle class electorate to the cause.

Nevertheless, the Catalan independence movement suffers from a number of concrete issues and contradictions; first a question of legitimacy, second its own divisions, and third the impossibility of unilateralism. The 27th of September regional election – framed as a plebiscite for independence by the separatist parties – gave the pro-independence parties a majority of seats with only 48 per cent of the vote. Such a result would not normally have been controversial, but is problematic in an election presented as a substitute for a referendum. The pro-independence Catalan government is therefore seeking to pursue independence on an unclear popular mandate. Secondly, the independence movement is a victim of the broadness of its appeal, and the near-failure to form a pro-independence government for over two months after the September regional elections highlighted the divisions between its moderate wing and the more radical anti-capitalist elements. The failure to present a united vision of what an independent Catalonia would look like – with one wing arguing that Catalonia could thrive because of the European Union, while the other argues for unilateral withdrawal from the EU and Nato – may eventually hurt the credibility of the movement insofar as it tries to articulate a vision for what lies on the other side. This is an issue that separatist movements in other parts of Europe, like Scotland, have not had to deal with due to their dominance by one single and broadly coherent political force.

Lastly, and most importantly, the movement is hindered by its pursuit unilateralist strategy. To some extent this is their only course of action, faced with a Spanish Constitution that – like all democratic written constitutions – explicitly forbids secession. The Catalan government’s pursuit of unilateralism, which seeks to gradually replace Spanish institutions with Catalan ones, including by eventually ignoring Spanish judicial rulings, faces not only the above political challenges, but also very strong legal challenges. But perhaps most importantly, unilateralism cannot work in an international political and economic system where increased interdependence is the norm, notably within the European Union. Even if Catalonia could achieve de-facto autonomy, it could not gain access to those institutions without the agreement of what remained of Spain. All precedents for unilateral independence have so far involved war, so the Catalan government’s strategy is treading in murky waters.

Catalan separatism has been a growing political movement over recent years, and its regional government is now actively pursuing independence as its primary focus in the face of political and legal challenges. The chances of unilateral independence succeeding in the 21st century EU are very slim at best, but with nearly half of voters actively wishing to break away, this will not prevent an increased disconnect – both social and political – between Catalonia and the rest of Spain. 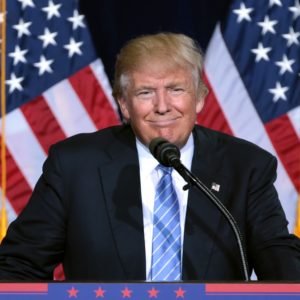 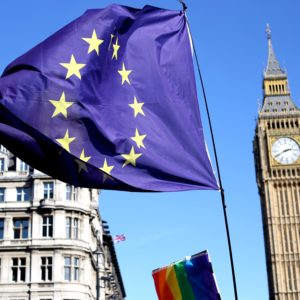