A year ago, like tens of thousands of other UK Labour activists, I was spending my weekends tramping the leafier streets of England campaigning to re-elect Labour county councillors who seemed about to be swept away in a tide of national unpopularity. Although comfortably re-elected as leader by the legion of new members he had attracted to the party, Jeremy Corbyn was languishing at about 25 per cent in the polls and prime minister Theresa May was riding triumphant.

So well were the Conservatives doing that May simply couldn’t resist the temptation to cash in on her good fortune – surprising the country by calling a snap general election, three years early.

The national result seemed a foregone conclusion and us weary canvassers took back to the streets to get the local elections out of the way – this time armed with freshly printed leaflets extolling ‘this is not a national election, your local councillor does a great job for your area, you can have your say on May or Corbyn at the general election.’ But even that wasn’t enough. On 4 May Labour took a battering, losing control of seven councils with a projected national vote share of just 27 per cent. So far, so much as expected.

Like a brave but doomed boxer felled in the first round we got back up off the floor and prepared ourselves for the knockout blow in the general election a month later. But, as has become legendary, it never came.

Instead in June’s national vote Labour, as we now hear from the party ad nauseum, had its biggest increase in share of the vote since the transformative victory of 1945. Gaining a net 22 seats from the Tories, Labour was, even Corbyn’s harshest critics would have to admit, ‘back in the game’.

Twelve months on a little of that gloss has come off. In the immediate aftermath of the election, with the nation engaged in understandable soul-searching after the Grenfell Tower tragedy it looked like Labour might establish a consistent lead over the Tories. Instead, despite a fairly pitiful performance from May and her government in the year since the two big parties seemed locked in a dead-heat; each on about 40 per cent, the polls bouncing around with one, then the other in the lead, all within the margin of error.

So, despite the overblown rhetoric of the more ardent Corbynistas – who seem to think Labour won rather than ending up in opposition again, 55 seats behind the Tories – Labour is indeed ‘back in the game’ but it is by no means dominating the field of play and victory is far from assured.

It is in this spirit – of optimism but not complacency – that Policy Network launches a major new project asking what the next progressive project for Britain should look like.

Clearly it is much better to be doing so at a moment when the left in Britain appears to be undergoing something of a renaissance. Even if you don’t always agree with the way they vote in internal elections no one should be anything other than pleased that Labour has gained new members and new traction.

But, and it is a big but, it is indeed only something of a renaissance for the forces of progressive Britain. Labour did indeed enjoy the biggest increase in its vote since 1945 but it did so following the worst performance for the left and centre in the postwar period.

It was hardly remarked upon at the time, but the 2015 election was the first since 1945 in which the parties of the progressive left and centre had failed to get a combined majority of the popular vote. It recovered to 54 per cent in 2017, but it was still the second worst result since 1979. The reversion to two-party politics has been good for Labour, but not for progressives as a bloc.

Before we depress ourselves too much there is an argument that Labour doing well(ish) even if the overall centre-left performance is poor has certain advantages. Sure, a thousand progressive flowers might not be blooming but that means support is being concentrated which is a strength, especially in a first past the post electoral system. I believe there is something in this with two caveats.

First, however it is sliced, let us remember the centre left as a bloc remains weak. Part of the explanation is that despite Labour’s recovery in England, in that supposed bastion of pseudo-Scandi progressivism, Scotland, many more seats went from the, in my view very imperfect but clearly centre-left SNP, to the Tories who, despite Ruth Davidson’s charisma and seeming sensibleness are, when it boils down to it, voting fodder to keep the Brexit-backing May/DUP government in power.

Second, there are people and places Labour is never going to win and, although Labour tribalists might not like it, that requires there to be a plurality of voices on the centre left. This is not only electorally essential but intellectually so. Labour, under any leader, can never have a monopoly on good ideas, any more than it can pretend it has a monopoly on progressive voters.

Anyone, reaching for the party poppers about the left not being split needs to remember that with the demise of UKIP neither now is the right. Unless the Lib Dems and the SNP can find a way of winning back support from the Tories we are in for an era of concentrated politics.

So now for the first time in a generation Labour finds itself as the utterly dominant vehicle for the hopes and expectations of progressive Britain. That brings, to use the tired but apposite New Labour mantra (and with ‘the many not the few’ we know Jeremy is not averse to appropriating Blairite language) ‘rights and responsibilities’. Or maybe it just brings obligations!

Yes, no one should be churlish in celebrating the extra Labour votes and the extra Labour MPs of 2017 but there weren’t enough of either – we lost. The only way Labour can win a majority is by winning over some of the record numbers of electors who voted Tory last year. And there has been no sign since last June of Labour widening its appeal. Quite the reverse. I wouldn’t mind ‘one last push’ as a strategy. That at least would imply winning over some of the Tory 42.5 per cent. Instead, we have cryogenically frozen politics. As the Corbynistas and Momentum concentrate on winning total control over the party machine there is no fizz of new ideas. There has to be. As the dominant progressive force, Labour owes it to the country.

And that is why Policy Network has spent the year since the general election engaging in conversations with a cross-section of progressive Britain. It is the fruits of those conversations that we will be presenting over coming weeks and which we hope will spark a new debate about the future shape of the British centre left.

Authors
Matthew Laza
Author
Matthew is the director of Policy Network and an experienced broadcast journalist who spent more than a dozen years as a BBC current affairs programme maker before becoming a senior adviser to the UK Leader of the Opposition in the run up to the 2015 election. Before entering television he led the main Labour Party pro-European organisation, campaigning for Britain’s leading role in Europe.
More from Policy Network 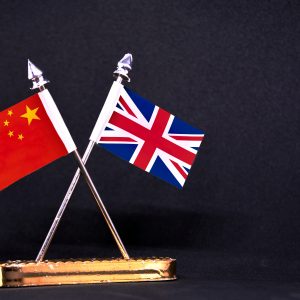 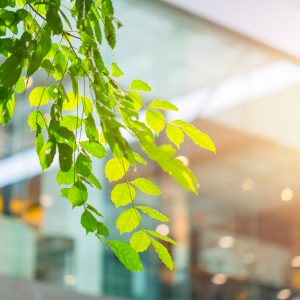