In recent decades, recessions have led to immense suffering and prolonged struggle for some of the least well-off in society. Following the 2008 financial crash, austerity decimated the public sector and saw the UK’s welfare system stripped to the bone, offering a barely functioning social safety net. It has almost come to be expected that during times of financial crisis, it is the public who will pay the price. Yet this doesn’t have to be the case – austerity is a choice and one that spares the wealthiest while effectively punishing those most in need.

In 2020, as nations across the globe have attempted to navigate the Coronavirus pandemic, the UK has been plunged into its deepest ever recession. With extreme poverty set to double by Christmas, it is crucial that the burden of economic recovery does not fall on the shoulders of those who have already suffered disproportionately throughout this crisis.

A recent report published by independent British think-tank the Resolution Foundation outlined several ways in which the government should adopt policy changes to help the economy to recover post-Covid. It made clear that public cuts are not the answer and would be counterproductive, while emphasising that reforms to wealth taxes are essential.

Reforming wealth tax is long overdue, with the UK’s tax system currently allowing those who own and inherit wealth to rise to the top, while significantly disadvantaging workers. The wealthiest in Britain are paying an effective tax rate of just 20% – less than someone on median earnings of £30,000. This is partly due to legal loopholes which allow for the extremely wealthy to legally reduce their tax obligations by taking their remuneration through the likes of capital gains and corporate dividends. In the majority of cases, company and property investors contribute tax at less than half the rate of employees. Reforming wealth tax should be a top priority in the post-Covid economic recovery; if wealth continues to generate income at a greater rate than labour – which compounds inequalities – economic growth will also suffer. A 2018 IPPR report emphasised that international evidence shows economies with more equal distributions of income and wealth tend to have stronger and more stable paths of economic growth than those with greater inequality.

Another proposal provided within the Resolution Foundation’s analysis includes the raising of corporation tax. The UK’s rate of corporation tax is low by both historical and international standards. The think-tank suggests that increasing the rate from 19 per cent to 22 per cent would raise £10 billion a year from profitable companies. It is often alleged that maintaining a low corporation tax rate encourages business investment, yet despite the UK having one of the lowest corporation tax rates in the developed world, it has failed to deliver on this promise. Not to mention that increasing the UK’s corporate tax rate to 22 per cent would simply bring it in line with the likes of Germany and France – which is hardly a drastic measure.

Beyond the aforementioned proposals – including the prospect of raising corporation tax, reforming wealth taxes and avoiding public cuts – one particular aspect of the Resolution Foundation’s report provoked widespread scrutiny. The think-tank suggested that income tax should be raised for those earning above £19,500 per annum and, while it made clear that the rate would increase the higher the tax band, many argued in response to a Sky News tweet on the matter that those earning the least should not be left to pick up the pieces.

Regardless of how minor the increase may be for those whose earnings place them just above this threshold, it is the UK’s highest earners who should be targeted, and not the low-paid. The rising cost of living in the UK has meant that even those earning above £20,000 find themselves struggling to make ends meet, with research carried out by the Joseph Rowntree Foundation suggesting that a lone parent with a pre-school child needs to be earning £28,000 to meet the Minimum Income Standards – a respected barometer of living standards.

Instead of targeting the average worker, the government’s economic recovery ought to focus on the super-rich. Along with raising corporation tax and reforming wealth taxes, dealing with tax avoidance and evasion would be a good place for government to focus attention on during this time of crisis. Notably, billionaires have reaped significant profits throughout the course of the pandemic, while vast proportions of the population have faced reduced working hours, furlough and unemployment.

Millionaires for Humanity – a group consisting of 83 of the world’s richest people – has called on governments to increase taxation following the economic downturn caused by Covid-19. In Britain specifically, the highest earners pay significantly less in tax than any of their European counterparts. Somebody earning £80,000 in the UK takes home around £8,000 more than their Dutch equivalent, and £4,000-£5,000 more than those in Germany and Ireland. Raising income tax exclusively for the wealthy in the UK would simply bring us in line with European standards.

And yet, despite these already comparably low rates of income tax, the super-rich are notorious for finding ways of both avoiding and evading paying what they owe. In 2018, around £70 billion of revenue was lost to tax evasion overall in the UK. In 2016, the ‘Panama Papers’ leak highlighted the myriad ways in which the wealthy can exploit secretive offshore tax regimes to limit their tax contributions. Despite Amazon generating around $75.8bn in the UK over the past decade, the company’s two UK subsidiaries had combined tax bills of just £83m during this time, despite its owner, Jeff Bezos, being the world’s richest man. Fair Tax Mark has described how companies such as Amazon, Facebook, Google and Netflix are avoiding tax by shifting revenue and profits through tax havens or low-tax countries. Instead of turning to the public during this time of crisis, we should instead be looking to repair a tax system that has long been broken. 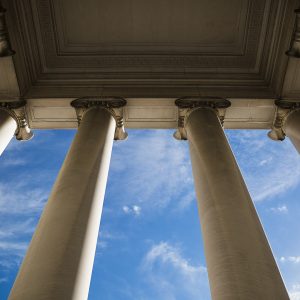 Essays
Tomorrow's Economy
The future of work: a new deal for skills in France?
Samuel Sigere 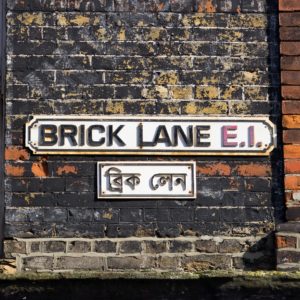