The need for a People’s Vote

Speaking in the House of Lords, Policy Network chair Roger Liddle argues Labour should back a People’s Vote – now.

Jeremy Corbyn wants a general election, but we have waited weeks for him to move a motion of no confidence in the prime minister. For him, such an election would be as much about issues of class and inequality as it would be about Brexit. He aims to unite working people on a mandate to negotiate a so-called ‘jobs first’ EU withdrawal. If his effort to force an election fails, he would still prefer a negotiated Brexit to a People’s Vote.

A Labour government could of course abandon the red lines that have so unnecessarily and counterproductively constrained the prime minister throughout the government’s negotiations with Brussels. Listening to Sir Keir Starmer, and his unequivocal commitment to a Customs Union and full participation in the Single Market, such a decisive shift would be entirely realistic.

However, Mr Corbyn, and those closest to him, favour a more qualified policy. In their Customs Union, Britain and the EU would have an equal say on future trade deals. For them, the Single Market avoids border barriers, except that their policy is to break free of competition and the state aid rules that are fundamental to the whole concept of a level playing field.

There would be no willingness in Brussels to entertain these demands, to give a non-member state a veto over the Union’s autonomous trade policy and to license Britain to act as a competitor rogue state.

In practice there are three and a half alternatives to ‘no deal’ following the January 15th Commons vote. The half choice is full membership of the Customs Union, It is only a ‘half’ choice; for without alignment of single market regulations there will be a hard border in Ireland, despite all parties stated wish to avoid one. Why? Because WTO require it. The Customs Union requires a Northern Ireland backstop of some kind to be permanent.

‘Norway’, or a Common Market 2.0 as Nick Boles calls it, is highly problematic. It requires a level of trust on the EU 27’s part that Britain has squandered in the last two years. The EU fears that Britain would not behave responsibly like Norway and that, as a much larger competitor outside the EU we would constantly push against the limits and seek to exploit the loopholes of the EEA rule book. And domestically, would a great nation such as ours live happily ever after as a ruletaker?

The third possibility is that without decisive progress towards a comprehensive alternative, Mrs May’s deal staggers on – on life support – in the hope that sufficient backbench Labour MPs from strongly Leave constituencies, in fear and fright at the prospect of no deal, will eventually back her deal as the only option available. This would a disaster for Labour.

Whole swathes of progressive opinion would never forgive us for the betrayal of their European commitment. To avoid this Labour must move decisively to back a People’s Vote.

Some argue that Labour cannot be seen to betray Labour supporters who voted for Leave. Frankly it is the leadership of the Leave campaign who have betrayed Leave voters, with its extravagant and undeliverable promises and lies. Support for Remain has strengthened significantly among 2017 Labour voters since the referendum.

In my view, the obstacle to Labour’s backing of a People’s Vote is a different one. The leadership and those around Jeremy Corbyn sees the EU as an instrument of global capitalism and United States imperialism. But their view of political economy is stuck in a 1970s vision of ‘socialism in one country’. I was alive then. It didn’t work then and it certainly won’t work half a century later.

The EU has many faults and needs much reform. But uniquely in the world, and however imperfectly, it offers a means of cooperation between countries that can be used to advance progressive values: to promote human rights and democracy; to work for peace; to advance economic justice for poorer nations; to tackle climate change; not just to manage migration but to address the injustices that drive its fundamental causes; to ensure that big corporations pay their fair share of taxes; to bring the digital monopolists to heel; and to prevent a race to the bottom in workers’ rights and consumer and environmental standards, which are all crucial challenges in a globalised world.

There is a way forward. Labour should back a People’s vote now. The party leadership must listen to the overwhelming view of Labour members and supporters. We must gain the courage to come out for Remain.

Authors
Roger Liddle
Author
Roger Liddle is a Labour member of the House of Lords. From 1997 to 2004 he served as special adviser on European affairs to prime minister, Tony Blair. From 2004 to 2007 he worked in Brussels, first as a member of the cabinet of trade commissioner, Peter Mandelson and then as an adviser on the future of social Europe to the president of the European commission, Jose Manuel Barroso. From 2008-10 he worked with Lord Mandelson as first secretary of state for business in paving the way for a return to a more activist industrial policy. Roger has written widely on European questions, and is currently co-chair of Policy Network, represents Wigton for Labour on the county council of his native Cumbria, and is pro-chancellor and chair of council at Lancaster University.
More from Policy Network 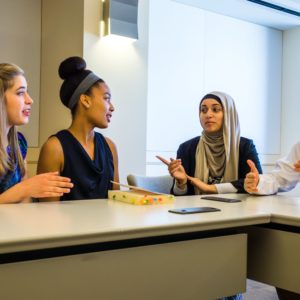 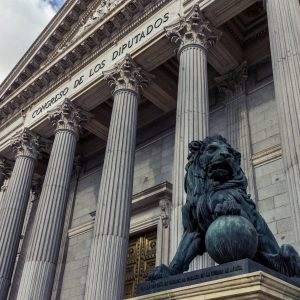 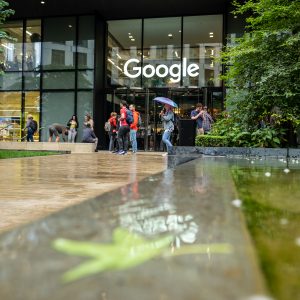 Blogs
Aftershock
After the pandemic: the big tech state versus the social state
Mark Roden