Brexit: a view from Warsaw

Poland has more reasons than most European Union countries to be sad that Britain is leaving the bloc. The UK was one of the strongest supporters of its NATO and EU membership. Hundreds of thousands of Poles call the UK home after Britain lifted its boarders for new EU citizens in 2004 while other member-states kept transitional controls.

The defence and security relationship is particularly strong between both countries, forged from fighting shoulder to shoulder against Nazi Germany in World War II. The UK has also shared Poland’s concerns about an increasingly assertive Russia; Warsaw fears the EU’s resolve to maintain sanctions on Russia may weaken after Britain has left.

In recent years, the governing parties in Poland and Britain have made similar criticisms of the EU, although public attitudes towards the bloc couldn’t be more different in the two countries – Brits voted to leave while Poles are one of the most supportive of EU membership across the bloc. Poland’s Law and Justice Party and the UK Conservatives belong to the same political group in the European Parliament – both have at times accused the commission and the parliament of over-reach.

Some EU officials are concerned that the UK might try to use its close bilateral ties with Poland to undermine EU unity during the Brexit negotiations. But, so far, Warsaw has towed the EU line. Poland has much skin in the game: Poles are the largest EU national group living in the UK, and Poland has been the biggest net recipient of EU funds in the current multi-annual financial framework. Warsaw was fully behind Michel Barnier, the EU’s chief Brexit negotiator, when he demanded the UK secure the rights of the EU citizens living in Britain and honour its budgetary commitments.

Citizens’ rights and financial contributions will continue to be Warsaw’s priorities as the Brexit talks move on to the transition and future relationship. The EU-27 has stated that EU rules, including free movement of EU workers, will continue to apply to the UK during the transition period. The Polish government might expect that EU citizens, who arrive in Britain during the transition, have the same rights as those who came before. The European commission has argued that the transition should last no longer than 31 December 2020. But Poland might be supportive of an extension if the UK requests it, and if it means the UK would continue to financially support some EU programmes and perhaps poorer EU regions beyond 2020.

Poland would like the EU-27 to maintain close ties with Britain after Brexit. The UK is Poland’s second largest export market. But EU negotiators say that Theresa May’s stated aim to pull the UK out of the single market and customs union has limited the EU’s options to offering Britain a free trade agreement of the kind it has with other so-called third countries. Poland might be among the EU countries encouraging Brussels to be more creative with regards to trade as well as foreign policy and security co-operation with the post-Brexit Britain. The UK might be leaving the EU, but it is in Poland’s long-term interest that the Brexit agreement keeps Europe safe and stable.

Authors
Agata Gostyńska-Jakubowska
Author
is a senior research fellow at the Centre for European Reform.
More from Policy Network

Blogs
Britain and Europe
“A victory for ordinary people”: Why did the voters choose...
Sara Hobolt

Essays
Tomorrow's Economy
Greece: in search of growth, work and welfare after the crisis
Sotiria Theodoropoulou 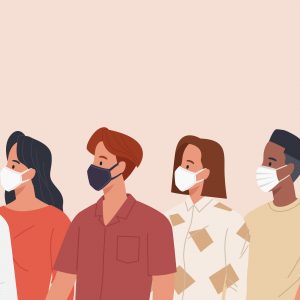 Blogs
Aftershock
What progressives must do
John Denham